On this week’s show, Darren Henderson from The Chilterns Vintage Cinema, pops in to talk to Tom & Claire about the new pop-up cinema events taking place in exciting venues around the Chilterns this Spring. Read more and buy tickets here:  http://www.vintagecinema.co.uk/ 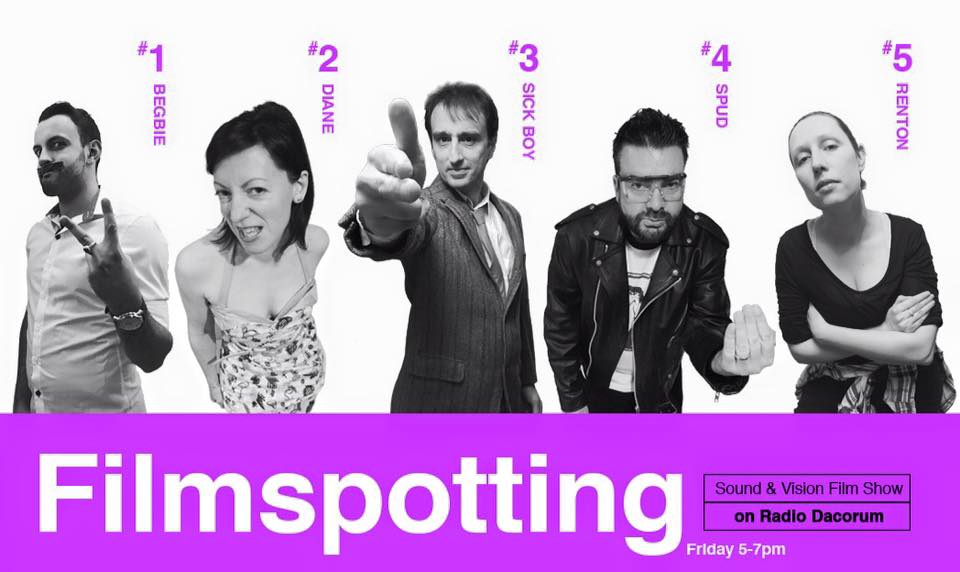 Jane and Claire review LA LA LAND, and play a few of their favourite songs from movie musicals, along with a round-up of the latest films to rent/buy/stream, and a preview of some of the biggest and best movies coming your way in 2017.

Although 2016 will go down as a year that most of us would rather forget, it has been something of a vintage year for cinema. OK, this summer’s blockbusters were the worst in recent memory, (Gods of Egypt, Ben Hur, X-Men Apocalypse and Suicide Squad, we’re looking at you), but elsewhere, 2016 delivered gem after gem to cherish.

The year began in fine form with the 70mm roadshow event that was Quentin Tarantino’s snowbound slow burner, The Hateful 8, and continued with some high quality Oscar hopefuls, including The Big Short, Room, The Revenant, and eventual best picture winner, Spotlight. These were soon followed by the Coen Brothers’ glorious Hollywood homage, Hail Caesar!, which featured the most spectacular ensemble cast of the year. Another much loved auteur, Jim Jarmusch, returned later in the year with the wonderfully zen-like Paterson, a quiet triumph and a dream of an ideal life.

It was a particularly strong year for world cinema, not least with two of the year’s greatest and most profound pieces of work – Embrace of the Serpent, and Son of Saul – both nominated for the best foreign language film Oscar. The Oscar was deservedly won by the harrowing, unforgettable Son of Saul, but surely any other year, Embrace of the Serpent would have walked off with the honour. Ciro Guerra’s beautifully shot black & white masterpiece, was the year’s biggest surprise and most transcendent cinematic experience. Some of world cinema’s greatest directors, including Pedro Almodovar, Pablo Larrain, Paolo Sorrentino and Luca Guadagnino, returned with the stunning Julieta, The Club, Youth and A Bigger Splash, respectively. Isabelle Huppert shone in Things to Come, and our minds were blown by the German one take wonder that was Victoria.

Highlights from cinema made closer to home ranged from the big hearted, note perfect charms of Sing Street and A Street Cat Named Bob, to the raging social commentary of I Daniel Blake and High-Rise.

Animated films continued to delight audiences of all ages, with a string of wonderful releases, including Kubo and the Two Strings, When Marnie Was There, Ethel and Ernest, Your Name, and three of the year’s top five highest grossing movies – Finding Dory, Zootopia and The Secret Life of Pets. Anomalisa was a stop motion animated film that could only have come from the mind of Charlie Kaufman, and as such, was definitely one for grown ups only.

Elsewhere, the horror genre presented some memorable classics with the extraordinary folk horror The Witch, gruesome cannibal western Bone Tomahawk, the Tale of Tale’s sumptuous dark hearted Italian fairy stories, and the chilling Iranian ghost story Under the Shadow. It was a good year for South Korean horror, with the black magic thrill ride The Wailing, and zombies on a train action sensation Train to Busan. Special mention for The Neon Demon, a gorgeously trashy, dark LA fairytale, populated by witches, vampires and big bad wolves, that did for the fashion industry what Suspiria did for ballet schools; it’s hard to imagine a film more perfectly Nicolas Winding Refn than this.

Even the big blockbusters weren’t all bad. The season was bookended by a trio of hugely entertaining superhero movies, in the form of Deadpool, Captain America Civil War and Doctor Strange. The Jungle Book was successfully reimagined for the CGI age, and Arrival was an alien invasion movie with a brain, that presented human nature as the biggest threat to life on Earth. Mega franchise spin-offs Fantastic Beasts and Where to Find Them and Star Wars Rogue One, ended the year on a thrilling high.

We were treated to some splendid soundtracks over the course of the year in cinema and TV, so here’s a playlist to help you relive some of the finest. Tracks include Morricone’s Oscar winning theme from The Hateful 8, Ralph Fiennes moves like Jagger to Emotional Rescue in A Bigger Splash, the perfect 80s pop of Sing Street’s Drive it Like You Stole It, Scarlett Johansson’s slinky rendition of Trust in Me from The Jungle Book, the electro sounds of Stranger Things, Papa Was a Rolling Stone from the discotastic Nice Guys soundtrack, Distant Sky from Nick Cave’s heartbreaking One More Time With Feeling, and Channing Tatum’s No Dames! sailor routine from Hail Caesar! All this and more…..

This week, the Sound & Vision team discuss their movie highlights of the year. Have they picked or missed any of your favourites? Listen in to find out…